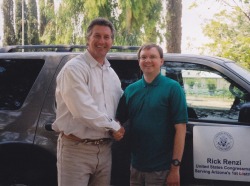 I have spent almost my entire life in rural Arizona. My roots in Graham County go back six generations. I was raised in Gila County with my brother and two sisters. I was able to see first hand how our natural resources sustained the rural economy.  One of my first jobs was working at a copper mine.  At one time, mining, ranching, and timber were the local economy. There were more jobs and tax revenue, and the the environment was better managed when local residents were able to manage it.  The more government got involved, the worse things were.  After graduating from high school, I attended what is now EAC- Gila Pueblo Campus.  My father taught evening classes at EAC- Gila Pueblo Campus. Gila County is where I first became involved in conservative politics, helping to organize a local chapter of Teenage Republicans (TARS).

After marrying Charlotte Curtis and graduating from Eastern Arizona College in Graham County, I moved to Navajo County to take a retail management position.  By this time, we had two children and I was involved in Republican politics and the Winslow Chamber of Commerce as time allowed.  During my time in Navajo County I met scores of people that had lost their jobs in the timber and lumber industry.  Former job and tax generators were now just dilapidated eyesores.

For the past 20 years I have lived in Graham County.  My time as the sales manager of a home sales center allowed me to see on a daily basis how interference from government kills private businesses.  I also served on the staff of congressman Rick Renzi for six years, including as his legislative director in Arizona.  Together our team was able push back the extreme environmentalists and open up so-called "public" lands for private investment.  This has resulted in hundreds of jobs in our district and millions in tax revenue that wouldn't have otherwise existed.  I am currently an elected precinct committeeman from Solomon, and am the first vice-chairman of the Graham County Republican party. I am a voting member of the Arizona Republican Party executive committee 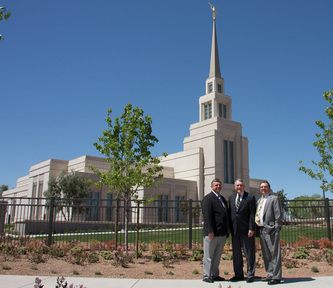 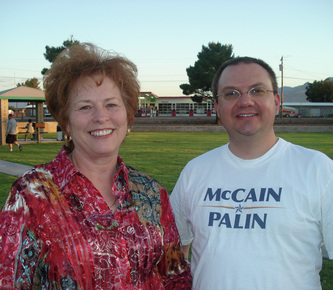 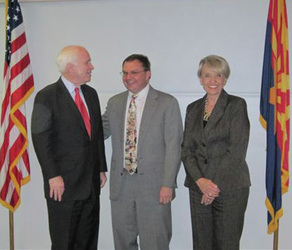 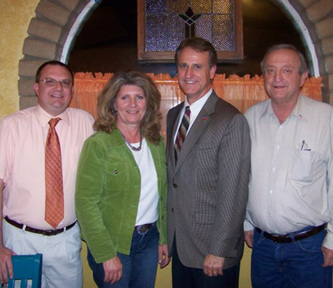